We’ve picked a fun poster this week by illustrator John Burningham. He was the creative genius behind over 60 illustrated books, but he actually started his career with poster commissions from London Transport. This poster was made to promote a book of walks which could be bought from Underground stations, Enquiry Offices and the Publicity Officer.

At the bottom of this poster there is a great little story. It says: “This is a farmer. He has forgotten his bucket. The cow’s name is Buttercup. The wheel came off the cart on the last load of hay. Green Rover, the dog, is helping the hens to find the egg they laid yesterday. The goose won’t lay any golden eggs as he is a gander. First Steps in Farming are best made with London Transport’s Country Walks […] which take you on a detailed survey of the country scene.”

If this was a book, what would you like to see happening in the next picture? Write us a few lines about what might happened next to the farmer, Buttercup, Green Rover, the hens and the gander!

You can see this poster and 19 others by Burningham upstairs at the museum. If you’ve got children around over half term next week, bring them along to the Museum for story telling and puppet making inspired by Burningham’s posters and illustrations.

The poster was originally commissioned by London Transport in 1968 but was never completed because of John’s work on “Around the World in Eighty Days” … until now. London Transport Museum re-commissioned the poster entitled “Children’s London” and a team of curators and technicians arrived at the Museum early this morning to ensure the poster was on display in time for the Museum opening at 10am. The poster which is currently on display in the Poster Parade can be seen until the exhibition closes on 1st December. Reproductions are also available for purchase in the Museum Shop.

We think it was definitely worth the 40 year wait and can’t wait to hear your comments.

The Museum is also running a Flickr project based on the theme of Children’s London and we would love to see your submissions. The best entries will receive admission to the Museum and a signed Burningham book. Add your entries at:
www.flickr.com/groups/childrens_london 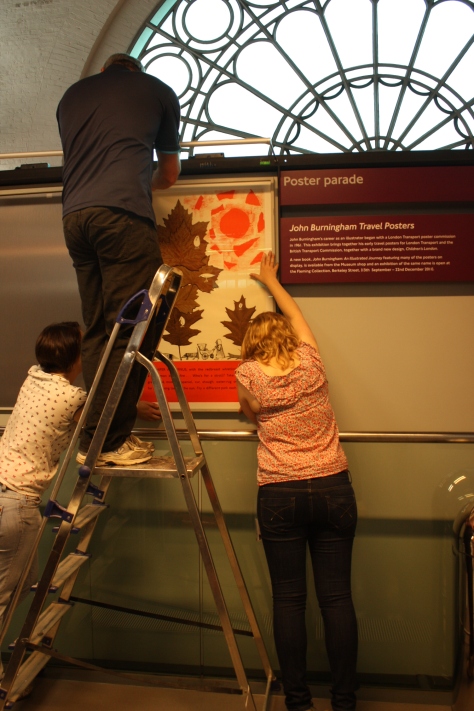 Poster parades have to be installed early in the morning to be sure that everything is ready for the Museum’s opening at 11am. Today a larger team than usual assisted with the installation which included new features such as an introductory panel, a Flickr wall panel and floor graphics featuring a leaf design taken from one of the featured posters. 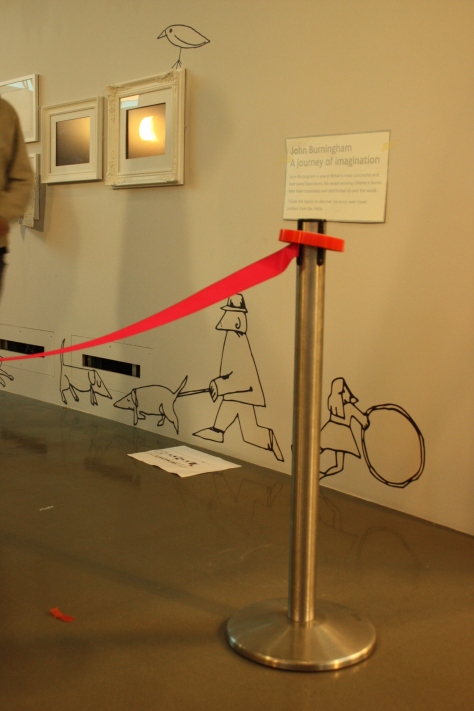 The new poster parade, John Burningham: Journeys of Imagination, features 7 out of the 9 posters John made for London Transport in the early 1960s. These posters will feature with John’s rarely seen travel commissions made for other transport companies during the same period.

The Fleming Gallery is also hosting their own John Burningham exhibition which will focus on John’s career as a children’s author and illustrator. Their exhibition, John Burningham: An Illustrated Journey runs from 13th September to 22nd December.